Heritage and magic matter to the London covens.
Aristocratic witch, Isabella Pethany, has heritage but not magic.
Underworld powerbroker, amnesiac vampire Maldit,
has magic but no heritage.
Lukas Sindis, coven sorcerer and famous psychopath, has both.
Isabella knows her null magic status makes her an embarrassment to her family,
but since Natalie, her sister, was murdered, she is all they have
left. Guilt makes her willing to do almost anything to compensate for
her lack of value, but her grandmother’s proposal to match her with
Lukas, in an attempt to bring strong magic back to their bloodline,
is a step too far.
When Maldit rescues a strange witch from hunting vampires, his main
concern is to limit trouble in his territory. Everyone knows witches
are troublesome, and this one is no exception. Her proximity slashes
through his damaged memory, allowing him to catch glimpses of his
forgotten past.
Drugs have suppressed Lukas’s magic for almost twenty years, filling him
with a reservoir of trapped power. When he escapes, his magic flies
free, washing over Maldit and Isabella, and clearing away the spells
paralysing both of them.
The dark secrets of the London coven are about to explode into the light
of day.

Review:
In Exile in Darkness, Isabella is stuck in a family that obsesses over its magical powers while she has shown none. And just when she’s resigned herself to marrying whoever her family chooses for her for the good of passing on her magical genes (however dormant they might be), she begins to uncover truths about her family that shake up everything.

This is an interesting book in that while Isabella certainly has claim to the title of protagonist moreso than anyone else in the plot, it’s not entirely her story. There’s a lot going on around her, and she’s often an observer as much as an instigator. She’s also frequently motivated by her emotions in the moment rather than having a lot of long-term plans. She plays the damsel in distress role on a couple occasions, but she gets the chance to play rescuer as well.

Early in the book, Isabella encounters Maldit, a magical vampire who is a bit more than he seems and assists her in uncovering the dark secrets of her family’s past. Maldit was probably my favorite character in the book. Even when I thought I had him all figured out, there were still some cool reveals that emerged about his character.

Opposing Isabella is her villainous grandmother. She’s a bit flat as antagonists go, checking off a lot of stereotypical bad guy boxes, with everyone moving out of her way due to her immense magical power. The audience doesn’t see much of that power until the very end, though. Characters ruminate about how evil she is, but I never got that full sense of fear she has to be striking into everyone to get away with what she does. Nevertheless, having a little old lady as the main villain was a refreshing change of pace. Her lackeys are cut a lot of slack by Isabella, who excuses their atrocious acts with the reasoning that they’re “just doing their jobs.” Sorry, but if someone tries to drug and/or mind-control me, I’m going to hold them accountable for those actions, whether they were under orders or not. Letting Isabella get as angry as others do for her would have been a nice character flaw to see.

There are a few scenes towards the end that might make readers uncomfortable. Isabella’s grandmother is fond of using all sorts of drugs to get people to comply with her, and the descriptions of the drugs’ effects on the victim’s body go to some dark and disturbing places. It wasn’t enough to make me put the book down, but it did feel like enough to issue a sensitivity warning.

The writing itself was smooth and easy to follow. The characters often pause to reminisce about events that happened and process their feelings about them. This might lead the book to feel a bit slow at points, especially for readers who prefer a more fast-paced plot. But it also serves as a recap for important information. I never found myself lost or confused, an admittedly easy thing to do when other books drop key bits of info in throwaway lines.

The book might not be for everyone, but if you’re a vampire fan, it’s certainly worth a try.

Readers can find more info on Annalisa Carr and her book below. There is a giveaway going on, for anyone who’s interested. 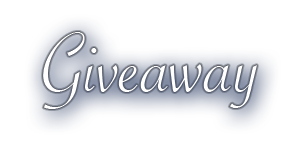 Follow the tour HERE
for exclusive excerpts, guest posts and a giveaway!
a Rafflecopter giveaway